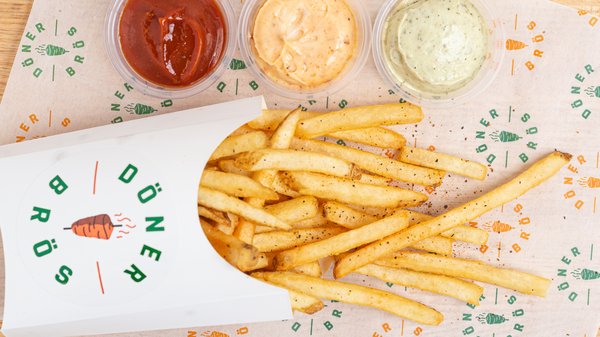 There are no reviews of
Doner Bros.
Be the first to ⭐ Write a Review.

AUTHENTIC DÖNER KEBAB ONE OF THE MOST POPULAR FOODS IN THE WORLD HAS FINALLY ARRIVED STATESIDE!! OPEN NOW IN BALTIMORE! More

Specialties: Baltimore's first Döner Kebab store!! Established in 2017. In fall of 2015, two best friends took a trip to Oktoberfest in Munich, Germany. One night while walking the streets of the city, enjoying a delicious Bavarian beer… More

About Doner Bros Doner Bros brings the best of European comfort straight to Baltimore and DC, with kebabs and wraps fit for the gods (but open to settling for you). Big, sizzling chunks of meat off the spit find their way into pitas and wraps, and straight out the window of the food truck. More